News and insights for residents of Santa Clara County who are facing divorce or family law related matters. 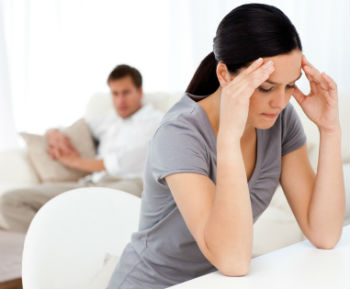 The purpose of a divorce is to take one legal entity, a "married couple", and convert it to two legal entities "separate individuals".  In order to complete a divorce case, a number of issues must be resolved.  All divorce cases will involve at least one of these issues, but not every issue may be present in every case.  The issues that must be resolved are:

If the couple has minor children, the most important issue will be to determine where the children live, who will care for them, and who will makes decisions for them.  This is known as child custody and visitation.

There are two kinds of custody:  Legal Custody and Physical Custody.

Physical Custody is where the children will live on a day-to-day basis.  The default is 50-50 joint custody, which means the children will spend roughly equal time with each parent.  There is a presumption that it is in the best interests of the children to have frequent and continuing contact with both parents.  Very often, the parents will work out a timeshare schedule so that each parent knows exactly when they will have the children.

Of course not every case follows the defaults.  In some cases, such as if there was domestic violence or child abuse, or where the parents are living far apart, joint legal and physical custody isn't appropriate.  Instead one parent may receive sole custody, with no or limited visits by the other parent.  This is known as visitation.

Sometimes divorcing parents feel anger and frustration at each other.  If there are young children, they may be caught in the middle.  Children are perceptive and will feel the tension between their parents.  They may feel angry at one or both of the parents, or feel ashamed, or helpless.  This exposure can potentially cause lifelong problems for the them.

Upholding the best interests of the children is the top priority of parents going through a divorce.  Divorcing parents should do their utmost to insulate their children from the mechanics of the divorce case.  They should not discuss the process with their children or express anger or frustration at the other parent where the children might see or hear.  As far as the children are concerned it should be "Mommy and Daddy are having issues that they're working out."

It is common for divorcing parents to have different incomes and to spend different amounts of time with the children.  In such cases, one parent may have to pay child support to the other parent.

California has guideline support which is governed by a computer program.  The program takes into account the number of children, the relative incomes of the spouses, how much time the children spend with each parent, and a number of other factors.  It then spits out a number for suggested support.  Under California law, it is presumed that the supported spouse is entitled to guideline child support.

Spousal support, also known as alimony, serves a different purpose.  In a short marriage, the purpose of support is may be to help the lower earning spouse get back on his or her feet and become self-supporting.  In a longer marriage, the goal may instead be to permanently support the supported spouse.  This is especially so when the supported spouse is elderly or has a medical issue and is not likely to ever become self-supporting.

Unlike child support, which is largely guideline support, the court has much more freedom to assign spousal support, or even to waive it altogether.

When a married couple divorces they usually have property that must be split between them.  Part of the divorce process is determining how the property should be split.

Some property might be a mix of both community and separate.  For instance, if Husband purchased a house before the marriage began with his own money, it is his separate property.  Now suppose shortly afterwards, the parties marry and then Husband pays down the mortgage payments on the house with his income during the marriage.  Since his income is community property, the community will start to gain an interest in the house.  During property division, Husband would be entitled to all of his separate property portion of the house, plus half of the community portion.

Depending on the case, property division can be extremely complex.  Complex and highly technical discovery procedures may be required if the other side is hiding assets.  Experts may be needed to help identify and value assets.  If you are in a divorce where property division is an issue it is strongly recommended that you consult an attorney.

You should only seek a restraining order if you believe that you or your loved ones need protection from the other side.

This is the one issue present in every divorce case, and it's also the simplest.  Legal status simply means "married" vs. "not married".

Like most states, California is a "no-fault" state.  In order to dissolve legal status all this is necessary is for one spouse to claim "irreconcilable differences".  No further proof is required and it doesn't matter if the other spouse objects and wishes to remain married.

There is a 6 month "cooling-off" period built-in to the divorce system.  The legislature didn't like the idea of couples getting into a fight, then going off to get a divorce the next day while emotions are still high.  The earliest legal status can be dissolved is 6 months after the divorce petition has been served on the other spouse.

Note that this 6-month period only affects the issue of legal status.  Other issues such as custody and visitation and property division can all be resolved earlier, but the couple won't be officially divorce until the 6-month period elapses.

A divorce case starts when one spouse fills out the proper forms and files them with the court.  The forms are then served on the other side.  Depending on the facts of your case, you may need to proceed through the court system to reach a resolution on each of the issues described above.  Different legal procedures in court apply to each of the different issues, so the process can be complex and there are many pitfalls.

The average divorce case takes 18 months to complete.  The shortest it can take is 6 months.  A long divorce case can take 5 years, and in some cases even longer.  If you proceed with a divorce, you should be prepared to go all the way to resolution, even if the other side attempts to delay and doesn't do what you expect.

To maximize your chances of having a speedy and successful divorce, you should consider consulting an attorney.  Only attorneys are licensed to give legal advice.  In addition to preparing paperwork, an attorney can help you evaluate your case, avoid pitfalls, and reach the best possible outcome.

Divorce Attorney David T. Mar, in Cupertino, California, represents clients with family law matters throughout Santa Clara County. If you are considering divorce, or are in the process, contact our law office to schedule a free consultation today. (408) 890-7376.